In The News : Mobile Phones for 6 year olds!

Article:
Mobile phones for tweens — they're on their way


Well I guess there are always pro's and con's to everything which I thought I would state my own opinions on mobile phones for kids , especially as my son is turning 6 at the end of June.

I think the biggest question I have to ask here before reading the article even is - what situation are these 6 years requiring to use a mobile phone? Who are they using the phone to call and if it's their parents, then why are these kids in emergency situations without there parents or an adult supervising them. Surely these phones aren't to ring their friends? My son can't even have a decent phone conversation if he answers the home phone while im in the shower, he can't take a message let alone calling me on the phone. However is well aware of emergency numbers '000' if something bad happened to me while I was here and he was the only one here alone with me and also a friends live just around the corner if there was any trouble.

Apparantly these mobile phones are targeted at kids as young as six! They are calling this age group 'Tweens' - Ages 6 - 12. 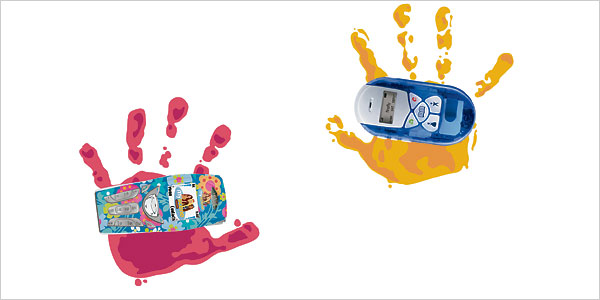 According to a study conducted by The Australia Institute in 2007, entitled Mobile phones and the Consumer Kids, most children in Australia want a mobile phone and around a quarter of them already have one. These phones are designed to target kids. The research paper found that, while these manufacturers’ marketing strategies are aimed at parents, on the basis of using mobile phones as a security measure for their children, most kids who own mobiles are "motivated by status and aesthetics in their purchasing decision". I'm guessing these phones are bright and colourful and simple to use.. and probably have games !

A Few months ago we moved here to the country. In a way I feel I've 'gone back in time' by now learning to appreciate the real basics. The simple things in life have become lifes little luxuries such a collecting & chopping fire wood and lighting and open fireplace, using a candle to go out to the shed instead of a torch and little things like that. We hardly drive anywhere unless its out of town, generally life feels better and healthier! So while technology is moving forward there is always part of me that feels alot of it is unecessary & 'gimmicky'. Admitedly here we have broadband and a 'voip' phone, but who's going to complain about 500 free phone calls a month across Australia! ;)

I can understand giving mobile phones to kids who are at the age where they are staying home alone and walk home from school by themselves, but personally I feel 6 is too young .. they are still babies :) well I think so anyway...

I always remember when I was young and I would meet my friends at the shopping centre or 'Miranda Fair' was the place to be, you'd ring your friend and say you'd meet at that exact time and you'd be there, usually infront of Target! ;) . There was no SMS'ing to say that you would be late or SMSing to say you wouldn't be there, you'd plan it and it would happen... What happen to losing that kind of reliability with people as soon as mobile phones cames along? Have we all become slacker with technology?

What are your thoughts??
Posted by Unknown at 9:44 AM

Email ThisBlogThis!Share to TwitterShare to FacebookShare to Pinterest
Labels: news