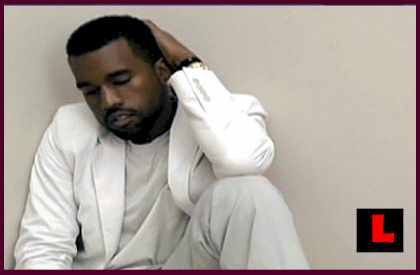 VIDEO! Here is the video of Kayne West interrupting Taylor Swift at the 2009 VMAs tonight. Kanye West’s Taylor Swift VMAs interruption has yet to air on the west coast but has become of the biggest shocking events of tonight’s telecast.

Staged? Not staged? The video is already on MTV, expected to be Monday’s viral sensation. Most are tonight saying not staged, and the descriptions of what goes on after the camera stops rolling are even worse.

When Taylor Swift, 19, took the stage, Swift smiled to the audience and said:

“I always wondered what it would be like to maybe win one of these someday, but never actually thought it would happen.”

At that point, Kanye West stormed the stage, furious that Beyonce’s Single Ladies had not won, grabbing the microphone from Swift:

“Taylor, I’m really happy for you, and I’m gonna let you finish, but Beyonce had one of the best videos of all time”.

MTV reports that the the audience initially went silent, then “began to clap in support of Swift after West left the stage.”

But after the cameras cut away, West’s behavior according to MTV continued:

“According to reports from inside the house, once cameras cut away from the action, West flipped off the crowd and returned to his seat. During the next commercial break, Pink walked by the rapper and appeared to shake her head in disgust before security escorted her away. West remained steadfast amidst the commotion as he kissed his girlfriend Amber Rose.”

Watch below the video from MTV.