The Presets - Wollongong and Newcastle shows RESCHEDULED due to illness ! 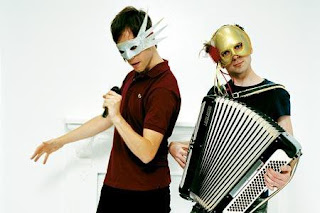 Won't be partying tonight! - Hope it's not the swiney!!! Get Better soon!


Extract from the Presets Blog on Myspace
Posted by Unknown at 10:34 AM