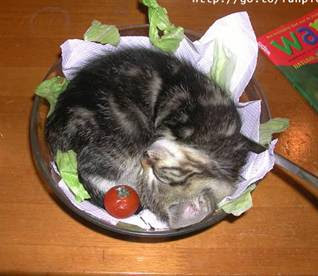 Although cooking cats is illegal in Italy the meat is a delicacy in Asia.
A TV chef has been given a roasting by animal lovers and network chiefs for praising cat meat.
Beppe Bigazzi, the co-presenter of Italy's version of Ready Steady Cook, gave advice on preparing "tender, white cat meat" for a cat casserole.
During the nutrition section of the lunchtime show, he said he often ate cat meat and found it "tastier than other animals", The Daily Mail reported.
He then quickly added: "I can assure you it's a delicacy now I am going to get lots of letters."

Hundreds of outraged viewers phoned the show's makers to complain, while thousands more made their feelings known on websites.

Francesca Martini, Italy's undersecretary for health, said Mr Bigazzi's comments were "offensive to the growing number of people who care about the way we treat animals".
Killing and cooking cats is illegal in Italy, with offenders risking of up to 18 months in prison.
Mr Bigazzi said: "It's all a big mix up. I was just trying to explain a saying from where I come from about the eating of cats. In the Thirties and Forties they were very popular."
Cat meat is considered a delicacy throughout much of South East Asia. 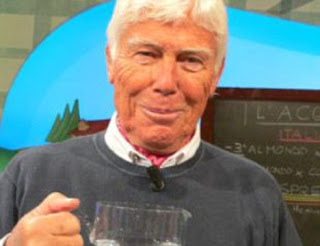 According to RSPCA In Australia:

Is eating dogs or cats legal in Australia?

ACT : ? Not covered in Welfare Act

NSW : ? Not specifically prohibited. However it would be possible to take action under the general cruelty provisions of the Prevention of Cruelty to Animals Act 1979

NT : ? Not specifically prohibited under the Animal Welfare Act

WA: ? Some provisions in the Health Act